W. Jane Hudson was born in Hamiota, Manitoba on September 23, 1923. She graduated from the University of Toronto School of Physiotherapy in 1943. She then joined the Royal Canadian Army Medical Corps and on discharge worked as a physical therapist in Winnipeg. She then went to Minneapolis to help with the poliomyelitis epidemic using techniques developed by Sister Kenney.

Jane had a passion for teaching her students. After retiring from 25 years of teaching at UBC, Jane continued her involvement in professional and regulatory issues and expanded her church commitments. In all activities, she participated with an indomitable spirit, dedication to what she thought was right and persistence to get done what she wanted.

When Jane retired from the School of Rehabilitation Sciences, a research laboratory was named in her honour and a scholarship fund established. Jane received the Alumni Achievement Award from the University of Toronto for her outstanding contribution to the profession of physical therapy and the Golden Jubilee medal from the Faculty of Medicine at UBC.

Jane dedicated many hours to our self-regulatory responsibilities in our province. She held a range of positions with the Association of Physiotherapists and Massage Practitioners and continued to participate on committees with the transition to the College of Physical Therapists. It was because of Jane that the College established an honorary membership category. Committees she was involved with included re-entry, continuing competence, inquiry and discipline; she also worked as an investigator. Although challenged by her health in the last few years Jane never waned from her desire to understand what was happening in the world, to stay in touch with her friends and most important to stay involved in her chosen profession of physical therapy.

Jane’s love of life, her sense of humour, leadership, vision, passion for our profession and mentoring of ideals will be remembered. “She had the best hands.” 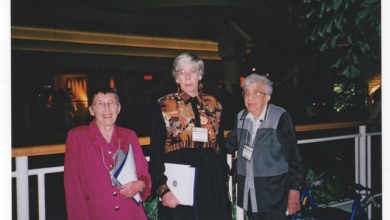 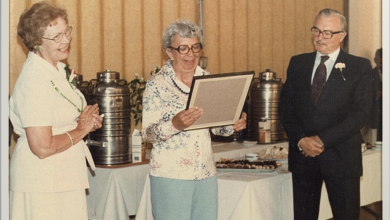 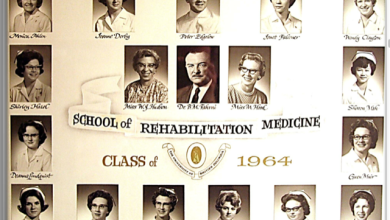 A scholarship has been endowed by alumni and friends in honour of W. Jane Hudson, a founding member of the School of Rehabilitation Sciences. The award is offered to to MSc or PhD students with a focus physical therapy. 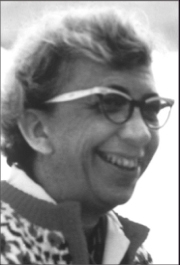