BC Celebration Day at CPA Congress 2021

An exciting part of Congress 2021 is BC Celebration Day.

This year, PABC was proud to host Congress with our partners, Canadian Physiotherapy Association. BC Celebration Day fell on the last day of Congress, May 16th, 2021. The day centred on a BC keynote address and speakers, showcasing the best our province has to offer to all Congress attendees nationwide.

Access to the recordings will be FREE for anyone who has registered for CPA Congress 2021. Check your emails for the coupon code. If you have not received this contact pd@physiotherapy.ca.

Thank you to all the BC Celebration Day Sponsors 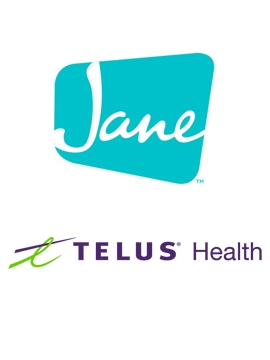 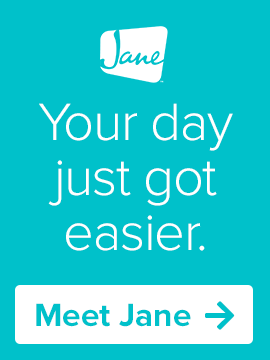 Throughout her career in business management and psychology, Dr. Marie-Hélène Pelletier has spearheaded a national dialogue on the crucial issues of leadership resilience and workplace health. Drawing on her extensive background in corporate, insurance, governance and public sectors, she brings national and international perspectives and expertise on mental health and resilience as a key pillar of overall health. She is a bilingual practicing psychologist with over 20 years of experience in clinical, counselling, and advisory workplace psychology and holds a Ph.D. in counselling psychology from the University of British Columbia and an MBA from the UBC Sauder School of Business. Marie-Helene is a Member of the Global Clinical Practice Network of the World Health Organization, and past Director on the boards of the Canadian Psychological Association and the International Association of Applied Psychology. She has presented and authored and co-authored several industry and academic publications and won numerous academic and industry awards, including the Industry Leadership Award from Benefits Canada.

Dr. Ryan C.N. D’Arcy, Eng.L., is a neuroscientist and entrepreneur. He is the co-founder, President, and Chief Scientific Officer of HealthTech Connex. He also holds Professorship appointments at Simon Fraser University and the University of British Columbia, where he serves as a BC Leadership Chair in neuroimaging and neurotechnology. He has published more than 245 academic works, attracted more than $85 million in competitive research and innovation funding, and has been recognized through numerous awards and distinctions (e.g., Canada's Public Service Award of Excellence and named as a KickAss Canadian). Dr. D'Arcy is a 3X TEDx speaker, who speaks frequently on brain health innovations around the world. Major career scientific advances include the discovery of white matter activation in functional MRI, the world's first VR simulator for neurosurgical training and planning, the development and deployment of the world's first brain vital sign framework, and the utilization of neuroplasticity in brain injury to drive recovery well beyond conventional limits. Dr. D'Arcy received a BSc (with distinction) from the University of Victoria, along with both MSc and PhD degrees in neuroscience from Dalhousie University (Killam Scholar). He did post-doctoral training in medical imaging physics at the National Research Council (NRC) Institute for Biodiagnostics and holds a professional engineering designation in neuroimaging and neurotechnology (Eng.L.). While with the NRC, he spent over a decade leading the development of Atlantic Canada’s biomedical imaging cluster before returning home to BC in 2012 to catalyze and co-lead the development of Surrey's Health and Technology District.

Tanja is a BC physiotherapist (past PABC Board member), business leader, and Health and Technology Innovation Lead who works alongside Dr. D’Arcy and his team at HealthTech Connex in Surrey. She is also part of the clinical faculty at the Surrey Neuroplasticity Clinic, which employs several other BC physiotherapists and, alongside them, is keenly involved in the research mandate of the adjoining Centre for Neurology Studies. She assists with identifying and qualifying emerging technological solutions and novel treatment approaches, supports research and development, and, ultimately, helps to facilitate clinical trials leading to adoption in a clinical environment, bringing these innovations to life for the clients we serve.

Jessie Wong graduated from UBC and has been working in private practice as a physiotherapist since 2011. She is a partner of several Myodetox locations in Vancouver and is currently the Regional Director of Myodetox Vancouver. Jessie helps lead the operations and development in Vancouver with a team that is expanding to 100+. As a team leader, Jessie is passionate about representation and inclusion in the growing workplace.

Dr. Marryshow is a 2012 graduate of New York's Chiropractic College. He has been in private practice for eight years now and is currently the Acting Toronto Regional Director of Myodetox. Myodetox is a lifestyle therapy brand with multidisciplinary clinics across Toronto, Vancouver, and California. As a health care provider from the Black community, Dr. Marryshow has recognized the lack of representation of the BBIPOC community in therapy. Dr. Marryshow and his team at Myodetox have since launched the Myodetox Emerging Leaders Scholarship Program. This program’s purpose is to educate and create access that helps Black leaders in the therapy space create a better future.

Alison Hoens holds two positions - (1) Physical Therapy Knowledge Broker and Clinical Professor within the University of British Columbia's Department of Physical Therapy, and (2) Physiotherapy Research, Education, and Practice Coordinator at Providence Healthcare (PHC). She has facilitated partnerships in over 65 projects with more than 500 researchers, clinicians, decision makers, and patients, procuring more than $17 million in research funding and developed 22 resources and tools that have been accessed over 600,000 times worldwide.

Ethne L. Nussbaum, PhD, MEd, BScPT, is an experienced clinician, researcher, and educator. She holds appointments in the Departments of Physical Therapy at the University of Toronto and Western University. She is an affiliate scientist at the Toronto Rehabilitation Institute - University Health Network. Her research focuses on the basic science, mechanisms, and clinical effectiveness of EPAs with a special interest in soft tissue repair. Her work is widely published.

Joseph Anthony, PhD, PT, is a clinical professor in the Department of Physical Therapy, Faculty of Medicine, at the University of British Columbia. He is an experienced educator, teaching EPAs to pre-licensure and post-licensure health professionals, and has authored or co-authored several articles and book chapters.

Anniken Chadwick has a BSc HONS in Physiotherapy and is an Allied Professional in Integrative Body Psychotherapy. Anniken is currently undertaking “MEd Contemplative Inquiry in Educational Approaches” at Simon Fraser University, graduating in 2021.