Physiotherapy History of BC Members 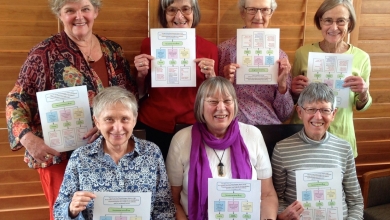 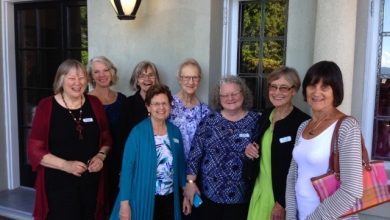 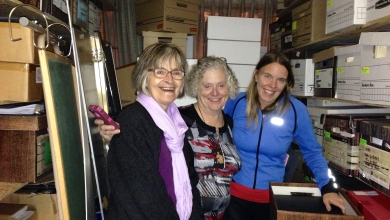 Where the History Project began

The BC Physiotherapy History project began when one of BC’s pioneering physiotherapists Mrs. Ruth Fortune passed away in 2012. As a group of Mrs.F’s (as she was affectionately known) peers was trying to gather the pieces of her long career it was noted that very little was captured of her history over the ’40s, ‘50s and ’60s. A memorial event was held in her honor called ‘Remembering Ruth’ and this became the perfect opportunity to reconnect with old friends and colleagues as so many people felt compelled to get involved. As history often unfolds none of this would be possible had it not been for Mrs. Fortune’s story needing to be shared.

Brenda Tillotson, Joan Johnston, Sheila Cox (OT), and Patricia Grohne helped organize the memorial and began reaching out to fellow therapists in both the physiotherapy and occupational therapy communities. Brenda discovered that people seemed to want a history of the development of physiotherapy in BC. (Mrs. Ruth Fortune has since been recognized as one of 25 of History’s Greatest Physios)

Brenda was inspired! Brenda envisioned a project that would include an anthology of the history of physiotherapy in BC, photographs and entertaining memories that would form part of Ruth’s memorial. The project’s beginnings were well underway. In 2014 a social group called the Retired Physiotherapists Group (RPG) of BC was formed and the Physiotherapy History of BC (PTHBC) was included in annual meetings to give an updated report. From an email list, that included all those interested in the project, the PTHBC Advisory Group was formed and talks requesting funding and administrative support with PABC began. PABC agreed and a new task force was set up with the Retired Physiotherapy Group and is now officially known as Physiotherapy History of BC (PTHBC). Brenda passed away in 2014 but was content to see that her dream of documenting physiotherapy in BC’s history had begun to be realized.

In the meantime, as far back as 2009, then PABC CEO Rebecca Tunnacliffe had already begun to bring awareness to the history of physiotherapy in BC. When Rebecca was presented with the opportunity to support PTHBC in 2014 she was able to provide both administrative and financial support on behalf of PABC. This contribution, as well as a donation from Brenda Tillotson, allowed the PTHBC Committee to deliberately and constructively create the highest archival standard content to support any future research.

"The purpose of the PTHBC Committee is to safeguard the history of the valuable work contributed by pioneer Physiotherapists in BC whilst memories and materials are still accessible and to ensure that the best systems are in place to continue the archiving for future generations.”  - PTHBC Purpose Statement

Over the years many hours of volunteer work have gone into documenting oral interviews, written contributions, sorting boxes with thousands of archived material, collecting photographs and creating awareness of this project at BC Physio Forum events and RPG events. It is with great thanks to the PTHBC Advisory Group that we are able to celebrate physiotherapy’s history with all of our members today. A special thank you to the PTHBC Advisory Group members Agnes Jackman, Bruce Clark, Charlotte Burns, Hilary Crowley (Prince George), Janice Masur, Jillian Scarth, Joan Johnston, Karen van der Hoop, Margaret Warcup (Terrace), Nancy Cho, Pamela Jeacocke, Patricia Grohne, Rhona Burslem, Sheila Benwell Veuger and Therese Lord for their unwavering hard work to bring this to project to where it is today.

“Physiotherapy in BC is like a tree. We have grown and grown from a humble sapling to the giant tree we are today. Retracing our growth from leaves to branches and back to the trunk is something that gives us, as physiotherapists, a perspective of where we came from and where we are going. The History of Physiotherapy in BC can enlighten inform, edify and educate us.”- Patricia Grohne

The History Project is an ongoing, living, breathing project that requires the input of the diverse communities of Physiotherapy in BC to keep it alive. There is an enormous amount of information and over 30 boxes of documentation being stored. We will be adding to the project as it evolves and more information is brought forward. We encourage all present working physiotherapists to ensure that their clinical work, photos and records are documented and preserved for future generations. PABC with PTHBC is proud to tell you the history as we are able to allocate resources to the project. We are confident that the information we will display is true and correct to the best of our knowledge. If there is any doubt about the information presented or you would like to add to the project please contact marketing@bcphysio.org

Read the Story of Physiotherapy History of BC

Oral History Report to PABC Board