The UBC School of Rehabilitation 1961

In 1955, prior to the opening of the school at UBC in Vancouver, there were 150 physical therapists practicing in BC, of which only 32 were trained in Canada. The UBC School of Rehabilitation was founded in 1961 with the first graduates in 1964.

The 60's in B.C. saw the development of the "health care team" concept through which began the joint teaching and sharing of resources on campus by related health care disciplines such as Medicine, Nursing, Dentistry, and Physiotherapy.

As early as 1957, work had begun by Mary Pack and the board of the Canadian Arthritis and Rheumatism Society to lobby for a School of Rehabilitation. In 1960, Ruth Fortune, Margaret Hood, Brenda Tillotson, CARS personnel, and others met to write a proposal for Schools of Physiotherapy and Occupational Therapy. They worked with Dr John McCreary, Dean of the Medical School, and Dr Brock Fahrni who later became the Director of the School of Rehabilitation Medicine.

Under the leadership of Dean McCreary, the Faculty of Medicine had expanded to include such Divisions as Continuing Education in the Health Sciences, the History of Medicine and Science, Ophthalmology, and Rehabilitation Medicine. In 1961, the establishment of the School of Rehabilitation Medicine, began its departmental existence in a number of huts with the admission of fifteen student to the OT/PT combined training program. Clinical training took place off campus at Vancouver General Hospital and other Health Centres designated by agreement as "Teaching Hospitals". Meanwhile, proposals for the construction of a more permanent home on campus was under review.

It was with great excitement to both professions that a School of Rehabilitation at UBC was approved and that the doors would open in Vancouver. The hospitals and clinics with vacancies in British Columbia would no longer have to rely solely on them being filled by Physiotherapists trained in other parts of Canada or by overseas-trained physiotherapists. 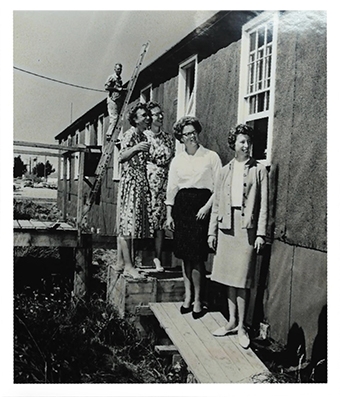 In the photo - Jane Hudson, Margaret Hood, Wendy Webb and Louise West on campus outside the newly built physical therapy hut. Wendy Webb was one of the students in the first class, read her captivating personal story here.

In the 60's and 70's, foreign-trained Physiotherapists with diplomas and certificates mostly came from countries where the training was not a degree. However, their diplomas were recognized by APMP (the forerunner of CPTBC) and allowed to work in BC. In 1972 they were “grandfathered" in by CPA.

By 1969 all students from UBC were granted a Bachelor's degree. The Degree Completion Program was a one-year program for diploma graduates from overseas to obtain a bachelor’s degree. The BSR(OT) and BSR(PT) degree completion program was offered at UBC from 1975 to 1985. All BC physiotherapists with diplomas were invited to apply for the Degree Completion program. Recognition was given for their diplomas and they needed to have passed at least one A level at High School and provide their transcripts as proof. The program recognized the diploma as equivalent to 3 years of study toward the bachelor’s degree. The (OT) or (PT) designation reflected that the BSR was not a combined degree for all degree completion graduates; their diplomas were in a single discipline.

For the first time at UBC, the School of Rehabilitation was officially separated into two streams and the graduates in 1986 were designated either as BSc(OT) or BSc(PT). 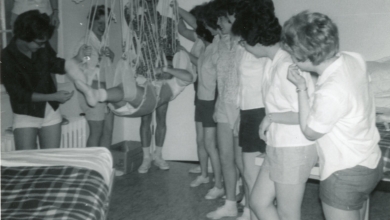 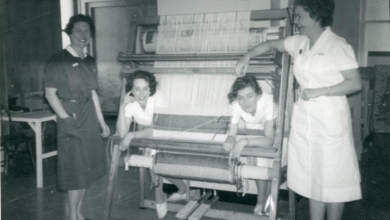 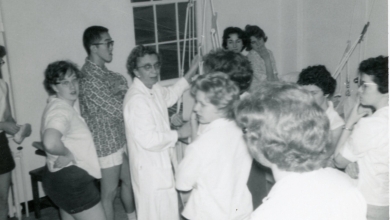 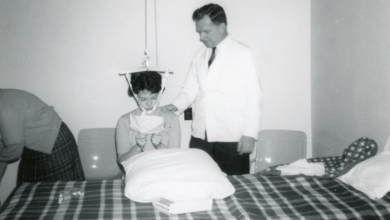 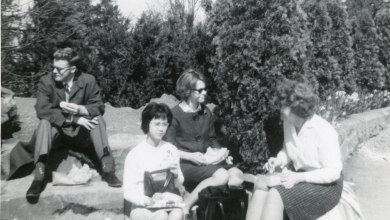 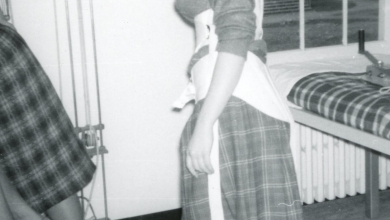 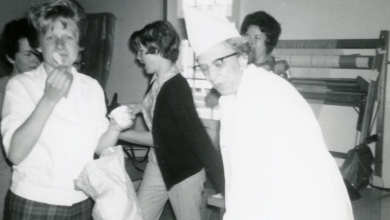 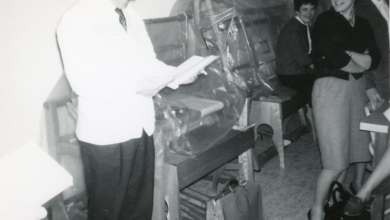 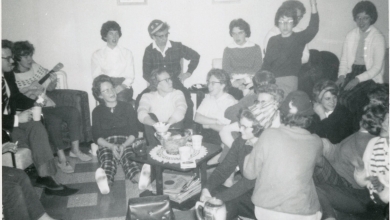 History of the Directors of Physiotherapy Services

The Directors of Physiotherapy Services (DOPS) began in the early sixties as a means of communication between the Directors of Hospital Departments and the newly formed UBC School of Rehabilitation.

In the early 1960s, the President of the BC Branch and the chair of DOPS had to work constantly by telephone to communicate with DOPS members all over the Province.

Looking back at 1962, the early members of DOPS were helped enormously by their ability to get together to discuss issues of common interest and concern relating to the physiotherapy education curriculum, student placement, staffing, budgeting, and importantly, the leadership and development of a credible organization within the other Health Care Professions in BC.

In the later years, the DOPS meetings were held at Burnaby Hospital as it was a more central location for Directors coming in from the valley. This group was subsequently named CPA Leadership Division and broadened to include other Physiotherapists in the public Health Care Field, such as Home Care.

Nowadays, communication and consultation have become eminently easier with email, social media, and digital communication. Long gone are the days when meetings were set up by phone calls. The BC Leadership Council is thriving today. We must thank Ruth Fortune, Jane Hudson, and the participating Hospital Directors in the Lower Mainland for their farsightedness in creating DOPS all those years ago.

Jane Hudson and Margaret Hood were founding members of the School of Rehabilitation Sciences and heads of the departments of Physical Therapy and Occupational Therapy respectively.

When Jane retired from the School of Rehabilitation Sciences a research laboratory was named in her honour and a scholarship fund established.

Hazel M. Southard, Professor Emerita in the School of Occupational Science & Occupational Therapy, was the oldest surviving faculty member of the former School of Rehabilitation Medicine. She was on faculty there from 1967 – 1983 and was the recipient of a 50th Anniversary Medal from the Faculty of Medicine in 2000. 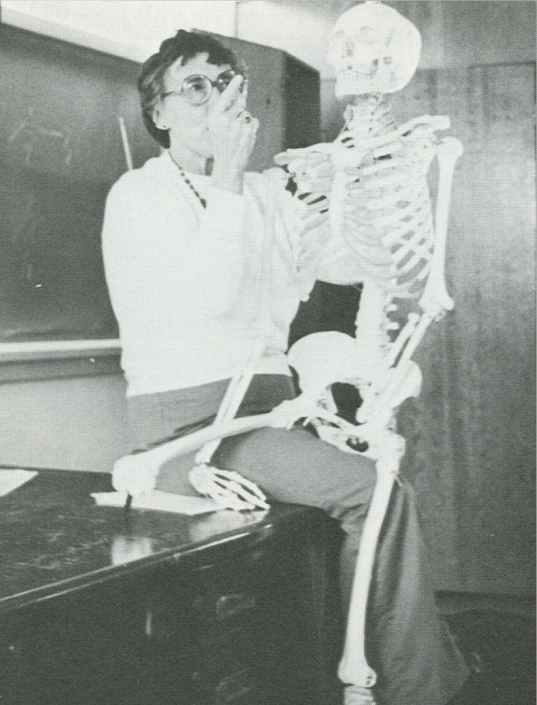 At UBC, Louise McGegror taught neuroanatomy as well as growth and development, pediatric and adult neurology. She also established and led the degree completion program at UBC in the 1970s, from which a number of current PT and OT leaders in BC graduated."

Scholarships have been endowed in memory of Louise McGregor, a former faculty member in the School of Rehabilitation Sciences, for MSc and PhD students conducting research in the area of Neurorehabilitation within the Faculty of Medicine

History of the Faculty of Medicine at UBC

Grab a hot beverage and enjoy this insightful read from the UBC library archives.